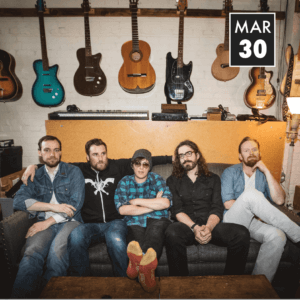 Just announced! Fruition are landing on the 5 Points Music Sanctuary stage March 30th. This Portland, Oregon based band has just wrapped their fifth full-length album, “Watching It All Far Apart”. “The songs are mostly breakup songs,” says singer/guitarist/pianist Kellen Asebroek. “There was love and now it’s gone—we f**ked it up, or some outside circumstance brought it to an end. It’s about dealing with all that but still having hope in your heart, even if you’re feeling a little lost and jaded.” Let’s give these guys a hug. Grab those tickets now! 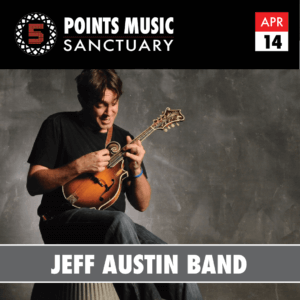 5 Points Music Sanctuary welcomes Jeff Austin Band on April 14th. “I started listening to Willie Nelson and Waylon Jennings,” Austin says. “And then the Beatles, that turned into Bob Dylan, and then the Grateful Dead and Phish.” We hear you, Jeff! This band brings the killer licks and rolling grooves. Grab your tickets today! 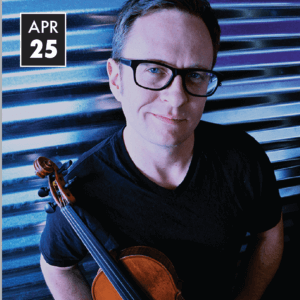 As the singer/songwriter and mandolinist for the GRAMMY Award winning The Infamous Stringdusters, we are stoked to bring Jeremy Garrett to the Sanctuary stage April 25th. Jeremy puts it best. “String music speaks to people. There is just something about it. Something rootsy, perhaps even primal in a way that gets in your blood and you just like it. You love it…bluegrass has always been a music of high integrity with some of the best players around and now that it’s merging with jam music in some scenes, it’s taking it to another level. People like to experience the unknown…the improvisation, the energy of what can happen when musicians and crowd alike are in tune and vibrating on the same wavelengths together. Music is the connector, but the true “thing” is the scene and the fellowship of people.” Tickets on sale now! 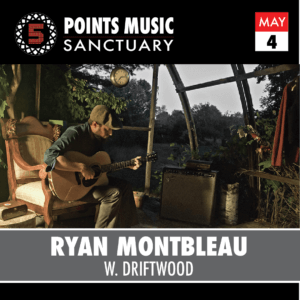 Coming up May 4th, Ryan Montbleau with opening band Driftwood. Montbleau recently collaborated with 5 Points favorite Hayley Jane for their cheeky side project, Yes Darling. Ryan has been among America’s finest songwriters and performers, earning national attention and a fervent fan following with songs like “75 and Sunny” and his breakthrough cover of Tracy Chapman’s “Fast Car,” the latter a Spotify smash with total streams now in excess of 14 million. Opening the night will be Driftwood bringing their own blend of folk, old-time, country, rock, and punk. Describing the Driftwood sound, banjo player Joe Kollar offers, “I consider our sound to be more of an attitude and an approach – the result of all of our influences in a completely open musical forum where the only stipulation is to use bluegrass instruments and create it from the heart.” Reserve your seat today. 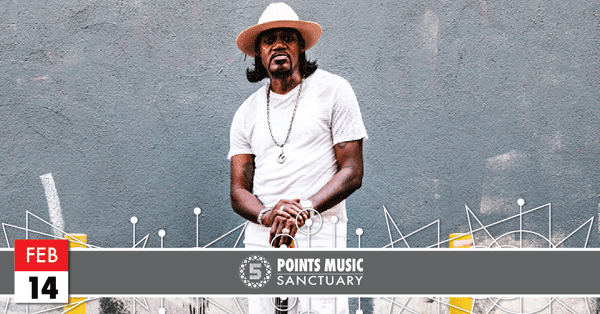